The metaverse will be worth trillions
Athena @ ST 24 May 2022 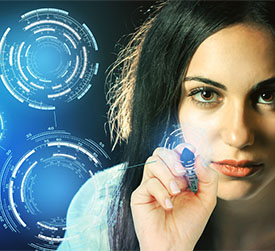 The market for the Metaverse could be between $8 trillion and $13 trillion by 2030, with total Metaverse users of around 5 billion. But getting to that market level is going to require infrastructure investment. Virtual worlds can be fun but, when it comes to money, it’s not fun.

“The total addressable market for the Metaverse could be between $8 trillion and $13 trillion by 2030, with total Metaverse users numbering around five billion. But getting to that market level is going to require infrastructure investment. The content streaming environment of the Metaverse will likely require a computational efficiency improvement of over 1,000x today’s levels. Investment will be needed in areas such as compute, storage, network infrastructure, consumer hardware, and game development platforms.

“The definition of what counts as money in the Open Metaverse is also likely to be very different from what counts as money in the real world today. Interoperability and seamless exchange between underlying blockchain technology are critical to ensure a frictionless user experience. Different forms of cryptocurrency are expected to dominate, but given the multi-chain trend in the crypto ecosystem, cryptocurrency will likely coexist with fiat currencies, central bank digital currencies (CBDCs), and stablecoins.”

The paper didn’t surprise me, as companies like JPMC are opening branches in the metaverse [Ed: a branch? What’s a branch?] , but I cannot get over the excitement here as the metaverse is nothing new. It started as the holodeck in Star Trek in the 1990s and then became Second Life in the 2000s. It is nothing new. Having said that, technology is improving every day and it will become mainstream, but what have we learned from Star Trek and Second Life?

The main one is that virtual worlds can be fun but, when it comes to money, it’s not fun. Here is why:

“Second Life’s popularity disappeared when their banking system collapsed in summer 2007. The banking collapse was a reaction to Second Life being forced to close down gambling facilities in their virtual world in July 2007.

“Until then, the website had been a phenomenon, growing from virtually no users to over 10 million in a year. This was incredible, and everyone felt it demonstrated the new emergence of business models.

“In particular, the fact that Second Life allowed real commerce to be transacted by converting real US dollars to virtual dollars, meant that everyone started to test commerce in virtual worlds through the service. For example, several banks invested in major projects in Second Life, including ING, Wells Fargo, SAXO Bank and Deutsche Bank.

“However, several banks also operated in Second Life that were managed by guys in their bedrooms. These included banks such as Ginko Bank, run by a Brazilian chap at home.

“The trouble Ginko Bank experienced started when internet gambling was forced to close under US Laws. The management of Second Life decided that they also had to close access to gambling in virtual worlds in July 2007 to comply with this policy, which led to a major run on the virtual banks.

“Until this date, a lot of the commercial transactions taking place in Second Life, where people converted real US dollars to Linden dollars, were for gambling purposes apparently. Therefore, the closure of gambling denizens in the virtual world meant that folks immediately started to take money out of the virtual banks, a bit like Northern Rock but worse.

“So imagine you are Andre Sanchez in Sao Paulo, the one-man band behind the virtual Ginko Bank. “You have over a million real US dollars on account, translated into around 275 million Linden Dollars that you are managing for the Second Life community.

“Suddenly, your customers demand their money be converted back to real dollars, and you drown in their demands so you just close down the virtual bank, leaving punters with losses of around $750,000 in real life.

“This led to calls for compensation from Linden Labs, who operate Second Life, but they said it wasn’t their job to regulate the banks.

“Result: Second Life’s popularity collapsed and, in a desperate move to rebuild trust, they said that only real life banks with real world banking licences can now operate virtual banks.”

My conclusion of that 2007 blog entry is that if you want to be a bank in the virtual world, you have to be a bank in the real world. I continually return to this Second Life story as it demonstrated the issue for all. The main issue is that the virtual world was unregulated. When Ginko Bank disappeared, Linden Labs – the creator of the Second Life platform – had demonstrators outside their offices for months, asking for their money back.

Now we are resurrecting Second Life and calling it the Metaverse, but nothing has changed. In the metaverse, people will have fun, but they will also invest and exchange money and value. As they do so, they will need a metaverse bank and a metaverse coin.

Whoever owns those platforms will be regulated and managed, in the same way as real world money. It does not mean that they are regulated and managed by a national government, as the government could be the network. It could be a cryptocurrency or a new world currency that the network endorses and accepts. After all, we only believe money is money and has value … because that’s what we believe.